Does this graph look similar to you? Bitcoin, or UK house prices since 1952! 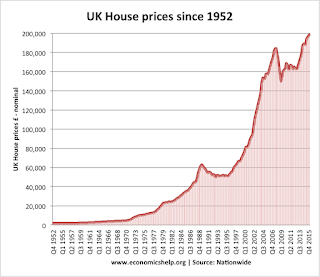 How accurate is the Bitcoin Stock to Flow (S2F) model by 100trillionUSD?

How accurate is the Bitcoin Stock to Flow (S2F) model by 100trillionUSD? Answer... Time will tell.
Post a Comment
Read more

Quote of the decade from the BBC...

- September 20, 2019
" This time, analysts think what's happening is caused by an issue with money supply."
Post a Comment
Read more

From the BBC: Why is the Fed pumping money into the banking system? 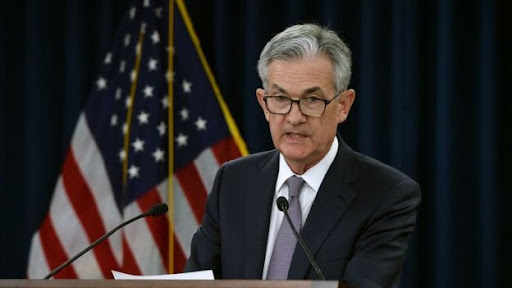 Source: https://www.bbc.co.uk/news/business-49760502 The US central bank has pumped more than $200bn (£160bn) into the financial system this week - the first time there's been such an intervention since 2008. The Federal Reserve's aim was to stabilise what is usually a calm part of the market. Interest rates in the so-called "repo market" had shot up to 10% in some cases - although the cost of borrowing in that market more typically hovers around the benchmark rate set by the Fed - around 2%. So what happened and should we worry? First things first: what's the repo market? Banks, hedge funds and other players borrow money regularly on a short-term basis to ensure their books are in order, no matter what their daily activities. The borrowers typically offer government bonds or other high quality assets as collateral, which they repurchase, plus interest, when they repay the loan - often the next day. Those repurchase agreements give the repo mark
1 comment
Read more

Back from a break...

- September 20, 2019
Hello everyone, back from a break... lots of interesting developments happening :-)
Post a Comment
Read more

Understanding the Technical Side of Bitcoin

- July 29, 2019
Source: https://medium.com/@pierre_rochard/understanding-the-technical-side-of-bitcoin-2c212dd65c09 Computer Literacy Read an overview of different computer hardware components, the physical objects you will be accessing: https://www.explainingcomputers.com/hardware.html Read the book Code: The Hidden Language of Computer Hardware and Software by Charles Petzold, recommended by Lightning protocol engineer Lisa Neigut . I haven’t read it (yet!) but the Amazon reviews look very promising. Learn to type: https://www.typing.com/ To get a high-level overview of operating systems from a user’s perspective, get the latest “For Dummies” book for the operating system you are using: Linux , macOS , or Windows . If you have the time and inclination, have all three operating systems installed on the same or on different computers to see which you prefer and to access software that is exclusive to that operating system. Command Line As a user you could stop here, but if you w
Post a Comment
Read more

- June 26, 2019
Source: https://www.bloomberg.com/news/articles/2019-06-26/bitcoin-tops-12-000-level-for-first-time-since-january-2018 Bitcoin’s furious run is starting to look more and more like it did at the height of crypto-mania two years ago. The virtual currency surged as much as 14% on Wednesday, topping $12,900 for the first time since January 2018, and bringing its gain since early April to more than 200%. Its relative strength index, a gauge of momentum, is now within a hair’s breadth of the level when the cryptocurrency peaked around $19,500 in 2017. Cryptocurrencies have been gaining acceptance and attracting more interest from mainstream institutions, with JPMorgan Chase & Co. seeing client interest in a coin for bond transactions and Facebook Inc. making plans for a cryptocurrency called Libra, among other forays into the space. A break above the $12,720 level “will allow for a complete retracement of the 2018 bear market,” according to Macro Risk Advisors founder Dean Curnutt, th
Post a Comment
Read more

- June 20, 2019
I predicty that the project by Facebook called Libre will fail. It may change it's name too, but ultimately it will fail. It will bring more interest and make Bitcoin seem attractive.
Post a Comment
Read more

Bitcoin Whitepaper - remember... this is why we are all in this space!

- June 10, 2019
Bitcoin: A Peer-to-Peer Electronic Cash System   Satoshi Nakamoto   satoshin@gmx.com   www.bitcoin.org Abstract. A purely peer-to-peer version of electronic cash would allow online payments to be sent directly from one party to another without going through a financial institution. Digital signatures provide part of the solution, but the main benefits are lost if a trusted third party is still required to prevent double-spending. We propose a solution to the double-spending problem using a peer-to-peer network. The network timestamps transactions by hashing them into an ongoing chain of hash-based proof-of-work, forming a record that cannot be changed without re doing the proof-of-work. The longest chain not only serves as proof of the sequence of events witnessed, but proof that it came from the largest pool of CPU power. As long as a majority of CPU power is controlled by nodes that are not coo
Post a Comment
Read more

Bitcoin will be regulated to death

Is Bitcoin in 'log' view too good to be true?

- May 23, 2019
Doing simple analysis of Bitcoin in log view on Trading View. It seems too good to be true for Bitcoin in the next few years. A big part of me thinks we are missing something, and it is too good to be true. I think the undoing will be human greed, whereby transferring to real world assets and fiat currency will eventually mean the log charts we are all hopefully of, will never materialize.
Post a Comment
Read more

Why Bitcoin? Bitcoin's 1-page elevator pitch: It's all about the digital scarcity. Bitcoin is quantifiably scarce and provably secure

https://www.ericfreeburg.com/why-bitcoin/ https://www.ericfreeburg.com/assets/pdfs/why-bitcoin-summary.pdf Why Bitcoin? Bitcoin's 1-page elevator pitch: It's all about the digital scarcity. Bitcoin is quantifiably scarce and provably secure. https://www.ericfreeburg.com/assets/pdfs/why-bitcoin-summary.pdf It’s all about the digital scarcity Bitcoin is the first and only digital object that is both quantifiably scarce and provably secure. This makes Bitcoin the next logical evolution in money… its just better money. In the world of commodities, there is a spilt between monetary assets, those with a high stock-to-flow (SF) ratio , and standard commodities which have a utility value [1]. This matters because Bitcoin as the next money is just digital gold . Commodities with a SF above 1 are incredibly rare. Only Gold and Silver have SFs meaningfully above 1. Stock-to-Flow (SF) = available stockpiles / annual production In Q2 of 2019 Bitcoin had
Post a Comment
Read more

How does Bitcoin work?

https://decryptmedia.com/6834/craig-wright-faces-scrutiny-at-oxford-university The man is insane... Craig Wright dismisses “fake news,” then implodes, at Oxford University The man who would be Satoshi had his day at the Oxford Union, where a heated exchange with Decrypt took a decidedly Trumpian turn. By Ben Munster Cryptocurrencies 7 min read May 1, 2019 Updated to include comments from Kyle Torpey.   OXFORD, UK—Self-proclaimed Bitcoin inventor Craig Wright appeared at the Oxford Union Tuesday night, to regale the few dozen bored students who had turned up with his plans to “restore the original Bitcoin protocol, to keep it stable, and to enable massive on-chain scaling, to promote the global growth of…Bitcoin SV.” But we went for the Q&A. We had questions. The event began with Jimmy Nguyen, the chairman of Bitcoin SV development firm nChain, who spoke fulsomely about Bitcoin SV and how it would restore trust in our ailing institutions. W
Post a Comment
Read more

First Golden Cross for Bitcoin in 3 Years as Bulls Return 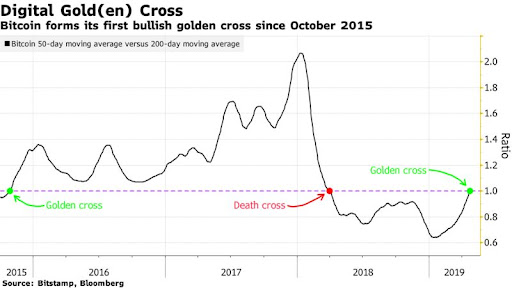 https://www.bloomberg.com/news/articles/2019-04-23/first-golden-cross-for-bitcoin-in-3-years-as-bulls-return-chart First Golden Cross for Bitcoin in 3 Years as Bulls Return Here’s yet another sign the crypto winter is thawing. Bitcoin, the largest digital currency, has formed its first bullish golden cross since October 2015, according to Bitstamp pricing that includes weekend moves. The milestone follows a 35 percent rally for Bitcoin past $5,600, on track for its best monthly gain since the height of the crypto frenzy in December 2017. The sudden resurgence has also been apparent in other parts of the market, including record contract trading volumes in the futures market at CME Group Inc. earlier this month.
Post a Comment
Read more

- April 11, 2019
The Insight REST API provides you with a convenient, powerful and simple way to read data from the bitcoin network and build your own services with it. https://insight.is
Post a Comment
Read more

This is an excellent piece of writing... https://medium.com/@100trillionUSD/modeling-bitcoins-value-with-scarcity-91fa0fc03e25 Modeling Bitcoin's Value with Scarcity By Plan B Mar 22 Introduction Satoshi Nakamoto published the bitcoin white paper 31/Oct 2008 [1], created the bitcoin genesis block 03/Jan 2009, and released the bitcoin code 08/Jan 2009. So begins a journey that leads to a $70bn bitcoin (BTC) market today. Bitcoin is the first scarce digital object the world has ever seen. It is scarce like silver & gold, and can be send over the internet, radio, satellite etc. " As a thought experiment, imagine there was a base metal as scarce as gold but with the following properties: boring grey in colour, not a good conductor of electricity, not particularly strong [..], not useful for any practical or ornamental purpose .. and one special, magical property: can be transported over a communications channe l" — Nakamoto [2] Surely th
Post a Comment
Read more
More posts